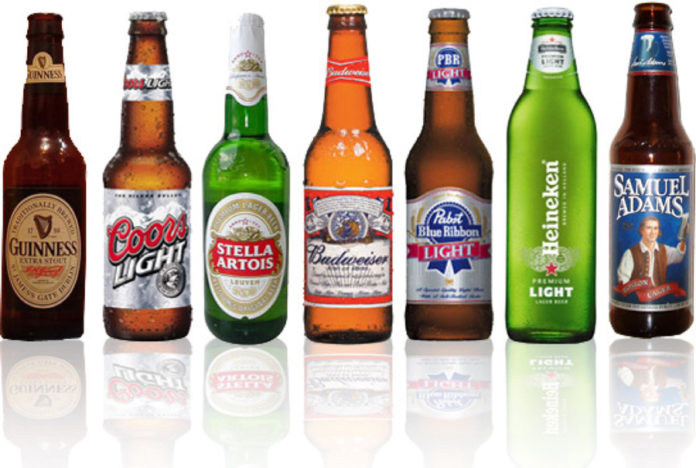 Alcohol: Fueling groggy driving activity and preventing diabetes since the dawn of man

Let’s face it, alcoholic beverages are almost always the drink of choice by adults looking for a night out on the town or even when just kicking back to watch a gridiron battle on a cool Sunday. Most people figure a beer or two won’t hurt, and they may actually be onto something with that supposition.

The fat-derived hormone (adipokine) adiponectin has been implicated in the onset of health conditions such as type-2 diabetes and obesity. Increases in adiponectin levels are associated with up-regulation of fatty acid oxidation and enhanced insulin sensitivity, and leaner individuals tend to produce more adiponectin than overweight people (i.e. there is a negative correlation between body fat and adiponectin levels).[1]

So why all the hoopla about adiponectin? Well, there appears to be an interesting association between moderate ethanol consumption and the prevention of type-2 diabetes; adiponectin could be behind the molecular reasoning for this phenomena according to the literature.[2]

After 4 weeks of of “moderate” alcohol consumption (100 mL of whisky, yielding ~32g of ethanol), subjects exhibited a 12.5% increase in total adiponectin levels (p<0.001) compared to those who drank mineral water (see the table 1 below).[3]

The curious thing to note here is that the increase in adiponectin did not significantly alter insulin sensitivity, but there was a decrease in intramuscular triglyceride (IMTG) content of ~15-20% (despite not reaching significance). This could signify a potential mechanism for how adiponectin reduces risk of metabolic maladies since high IMTG content is correlated with impaired glucose disposal/insulin resistance (see figure 1).[4] 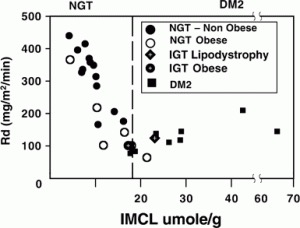 Furthermore, as alluded to earlier, it appears that there exists a specific difference between the respective oligomers of adiponectin and their role in preventing metabolic abnormalities.[5] High-molecular weight (HMW) adiponectin was increased by 57% in the Beulens et. al study (see table 2).[3] It’s not surprising then that studies consistently find those with low levels of HMW adiponectin are more prone to metabolic syndrome.[6]

So how much alcohol is a “moderate” amount?

The studies discussed herein were giving subjects roughly 32 grams of alcohol per day over the 4-week testing period. To convert this into more practical quantities for readers let’s assume you’re a beer-drinker and that the average beer is ~5% ethanol by volume:

Since the density of alcohol is roughly 1g/mL, we can safely assume there are about 17-18g of alcohol in one 12oz can of beer (that is 5% ethanol by volume).

So by Beulens et. al standards, roughly 1-2 beers per day would be a nominal amount.

As was elucidated in this article, alcohol may have a role in elevating the necessary highly bioactive HMW oligomer of adiponectin and reducing IMTG content along with your chances of facing metabolic syndrome or type-2 diabetes. That being said don’t get too carried away if you want to build muscle since chronic alcohol consumption appears to blunt muscular hypertrophy and actually may incur muscular atrophy in severe cases (that’s a topic to be discussed in a future article).

Feel free to chime in and ask questions in the comment section!